China remains one of the largest untapped markets for many global B2B SaaS/cloud companies. However, due to China’s complex regulatory environment there is confusion around the meaning of “SaaS” in China, and what is even possible for foreign companies. When SaaS companies explore China and discuss their business and options, they will often receive feedback like, “China is hard for SaaS companies, you will need to replicate your cloud infrastructure and get a commercial ICP licenses that can only be obtained by a controlling China partner.” Though there are cases where this is true, for the majority of companies — particularly those in the world of enterprise SaaS — there are often significantly easier paths to enter China.

This article seeks to demystify some of the issues around SaaS in China and discuss key considerations when entering the market. Most importantly, we’ll share how companies can build a go-to-market (GTM) plan for China that is compliant and starts with a smaller footprint, allowing companies to delay larger investments until after they have achieved their business milestones.

Why is putting together an effective China GTM strategy so difficult for so many Western companies, and why is it so important? On the face of it, it shouldn’t be so difficult. China has been open to the world for decades, and the options at the highest level are straightforward and familiar to seasoned global executives. The challenge is that very few companies (or their China advisors) possess the combined strategic and operational experience necessary to help a cloud/SaaS company understand the interplay of their GTM plans across strategy, IT architecture, finance and compliance, while also knowing how other companies have addressed similar issues in China.

Having the correct GTM plan can be the difference between generating revenues in months instead of years. The correct plan could also potentially allow a company to leverage its current global infrastructure, versus having to build an entirely independent China cloud. Companies can build their GTM plans to avoid strategies that force them into low chance/high risk activities, such as negotiating a complex joint venture or using questionable legal structures to circumvent Chinese regulations.

A good GTM strategy is key to finding solutions to the following common concerns from executives:

Companies typically start their China journey by speaking with their lawyers, advisors, potential partners, and other experts to discuss the market opportunity and their high-level entry options. The initial review usually starts by discussing the company’s existing business outside the China market. The company will also ask its lawyers to identify potential risks, where they may need licenses, and some of the ways similar companies have approached the market.

Unfortunately, for companies that define and describe themselves as SaaS companies, this can quickly lead them down a rabbit hole. SaaS in China has taken on a very specific and unintended meaning from a regulatory perspective. This misconception perhaps stems from believing that because a few well-known global SaaS products (including Microsoft Office 365 and Amazon) were subject to strict regulatory scrutiny in China and had to obtain commercial ICP licenses through the Chinese partner route, all SaaS companies must follow suit. However, just because a company operates a cloud or has a recurring subscription model, does not mean it needs a partner and a commercial ICP license.

Nevertheless, companies often hear this advice or misinterpret how China’s regulatory environment works. This leads many to go down a decision path where they become absorbed in complex discussions for strategic partnerships they often prefer to avoid, or to explore “creative” structuring options that can introduce significant risk into the overall China business case. This eventually leads far too many companies to walk away from China frustrated, while at the same time wondering how so many other companies have successfully entered the market.

There is no one-size-fits all solution when it comes to GTM planning for companies looking to deploy SaaS in China. Companies need to understand that their initial review should only be the starting point; it is the straw man from which to start developing a GTM strategy.

Every company has its own objectives, timing and budget constraints, risk appetite, and flexibility around business strategies and models it will be willing to consider in China. There are real choices for companies to enter the China market in a staged fashion and prove-out their business with a much lower investment. In many cases, companies will eventually operate a slightly different business in China than their global business. This may let them permanently avoid areas that involve a more stringent regulatory environment. In other cases, companies will eventually choose to go all-in with a local Chinese partner — but only after they are more confident about the market and have a significantly strengthened negotiating position.

To identify the right GTM plan for China requires a highly iterative process where companies take a deep look at every aspect of their business. This process can sometimes feel costly or premature as this type of analysis is usually done later, after companies have confirmed their high-level GTM plan and allocated the budget for their China effort. However, this process is a must for SaaS company executives who need to understand their choices earlier to reduce the “unforced errors” that so often occur to companies that copy and paste their global expansion playbooks into China.

Editor’s note: This post originally appeared on the China Law Blog. This is the first part of a series of insights for Western SaaS companies seeking to enter or expand in China – covering GTM strategy, compliance, product/infrastructure, business development, and more. Read our next article on what China SaaS regulations mean for global companies, and stay tuned for more! 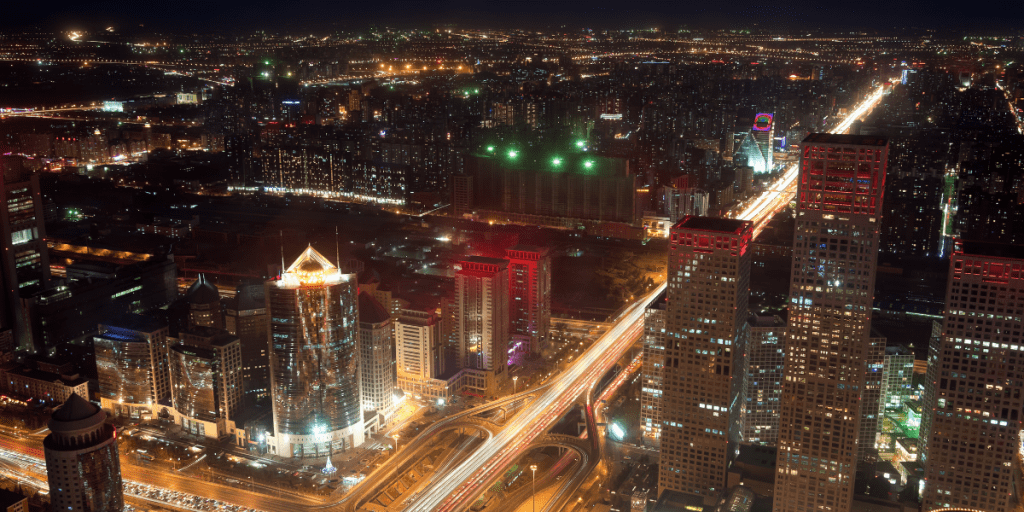 (Editor’s note: This article originally appeared on SaaS Mag ) Companies looking to expand in China and deploy cloud architecture often grapple with how to enter the market compliantly. There have been frequent headlines in the past year about Chinese regulators...
Share This